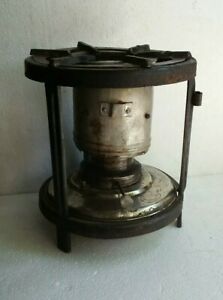 The millennials of toady, at least the English speaking, Indian Middle Class would not know the struggles their partner and grand parents went through to get even the basic necessities of life. This story would help them get a glimpse of of that grim past.

When we were kids, milk was not available freely in Chennai where we grew up. The milk was supplied by the Government owned co-operative and one had to purchase a card for a month in advance. Each card entitled half litre of milk every day. Mom would buy 3 cards. I think it costed about 81 Rupees (Dollar and ten cents). First she had to collect 81 rupees. Then she had to walk from home to the co-op society which was 5 Kilometres away (there were no direct buses). She had to walk for 45 minutes or take two buses which probably would have taken more time; wait in the queue and purchase those milk cards. It was half a day of thankless job, walking in the sweltering heat of Chennai, queuing up and getting back. She had to time it to perfection so that she could be back by the time when we came home for lunch.

One simple sentence in this story would put the entire struggle of people into perspective. Sivakami the protagonist of the story says, “I don’t want kids. It is enough I can get kerosine without too much struggle.”

A story which happen at millions of home everyday even today in India. Read on..

The smoke that came out of the stove made Sivakami to open the cap which covered a small hole and look inside. When the stove was new, such an examination was not necessary. A small stick which jetted out of a corner of the stove indicated the level of kerosine inside the stove. Now that had stopped functioning. Just like the old model stove, you had to open the cap, stick in a Irkkucci (rib of a palm or coconut tree leaf) and check how much of fuel was left. Actually, the smell from the smoke made this exercise unnecessary. You had to either pour kerosine to stop that or switch off the stove. Otherwise the wicks would get burnt and inserting new wicks would take a lot of time and it was a difficult task. The rice in the pot had just started boiling and the stove had given up the ghost.

Sivakami climbed down three stories and checked the small lamp which was tied to her husband’s bicycle kept near the bottom of the stairs. She shook the lamp to see if there was kerosine in it. But the lamp was tied with a chain to the handlebar of the cycle and locked. To open the lock, she had to climb the stairs again and ask her husband where he had kept the key. If her husband was using the lamp everyday, she could find the key in his trouser or shirt pocket. But he used the lamp only once in three weeks when he had to report for night shift from nine in the night to morning five.

It is not that the lamp lit the path in front of him as he cycled. It was just to warn the oncoming vehicles on the highway that a cycle was coming so that no one would hit him.

When she came up, her husband was still sleeping. She did not have the heart to wake him up. So she put off the stove by lowering the wicks. The five litre kerosine the ration shop offered was enough only for six days. In the tenement, where they lived they could not use firewood.

Even though it was a block of flats which was built to replace the huts, the things which one used in huts could not be used here. At the most they could use a stove which burnt coal. Now she had to look for paper and  coconut fibre to lit the coal stove.

Whenever she went to buy kerosine, on the way and while waiting in the queue, she could gossip about the affairs of the neighbourhood and about politics and movies with other women. She could share a laugh or two. Even people who had Gas Stove (LPG fuel) could get three litres kerosine. But since last eight months, the availability of kerosine had become scarce.

Sivakami kept the pot in which the rice was boiling on steel plate, climbed down the stairs and walked to her sister in law’s place. She told her, “Sister let me cook this rice.”

“I have not lit the stove here. Go outside the wood stove is burning for boiling water. You can use that.”

People who lived at ground level had an advantage. They could use old wood pieces and sulli (small branches of trees) and burn them in the open yard. An open gutter would be overflowing by the side and you could always see a man bathing nearby. When the wind blew it brought dirt and stink across. Now Sivakami was boiling the rice in that surrounding.

“Why are you coming every day at eight?” Nalini asked her. Nalini and Sivakami studied were classmates till fifth class. There was another commonality between them. Both did not have children.

“What can I do Nalini? My husband is at home during day time today. So I thought I would cook a full meal for him. But the stove gave up on me. I came down and used the wood stove in the yard. But the rice would have swollen as the cooking was interrupted. Also my legs are hurting as I went up and down three times.”

“Only two days back you took my ration card for buying kerosine.”

“I went to your ration shop three times. But the shopkeeper said no stock of kerosine.”

Nalini stopped the conversation. Sivakami asked her, “Why your sarees are not there for washing today?”

“My sarees, you can wash tomorrow. Today you just wash skirt and vests.”

Nalini’s husband returned from saloon after an haircut. He went straight into the bathroom and locked the door. Sivakami sat near the kitchen.

Nalini asked her, “Will you have a cup of coffee?”

“Anyway I am going to make for him.”

As Nalini lit up the gas stove, sorrow swelled up in Sivakami heart and she started weeping. Nalini got shocked and asked her, “What happened?”

Sivakami wiped her eyes and said, “Nothing.” Nalini’s husband came out of the bathroom. Nalini gave him coffee and gave the second cup to Sivakami and sat next to her. “It is good we don’t have children. Neither you nor me have our mother or mother in law alive. If we get a kid, even to bath the child, we need to go around the neighbourhood looking for someone to help us.”

Sivakami sipped the coffee slowly and finished drinking it. She said, “I don’t want kids Nalini. It is enough if I get kerosine without struggle.”

“Could you not have registered for a gas connection well in advance?”

“What are you saying. We have registered six years back. Even the registration paper has starting tearing at the folded edges. They are saying the connection is given till September – 89 registrations.”

“Will that be true?”

Nalini’s husband asked her, “Can I sit down for a meal now?”

Sivakami said, “I will wash and hang the cloths for drying.” and walked towards bathroom. She could overhear Nalini’s husband asking her, “Why did your friend cry?”

Nalini asked her husband, “Can you find someone who could get the gas connection?”

Sivakami did not hear an answer for that question.

By the time she finished washing the cloths and hung them for drying and came inside, Nalini’s husband was about to leave for his office. He told Sivakami, “I have given your registration number to an MP and asked him if something can be done to get the connection immediately. They are asking to take a Tatkal connection. After waiting for six years why should you pay five or six thousand rupees. You can buy kerosine on the interest you will be paying on the six thousand rupee loan.”

“There is not a drop of kerosine at home. Since we are in third floor, we don’t hear when the kerosine cart comes through the street. He had just completed night shift and sleeping.  Otherwise it would have been difficult for him to go to office in the morning.”

Nalini’s husband said, “I will enquire again for the connection today.”

Nalini’s husband left for office. Sivakami went to another house in the complex for completing her job as maid. When she went home, her house was locked. Her husband must have locked the house and gone out. Sivakami looked through the grill in the window. She could see his bicycle at the bottom of the stairs. He must have gone somewhere nearby.

She did not have to wait for a long time. Her husband returned soon enough.

She asked her husband, “Surprise! How come you took the kerosine can to the shop?”

“Look inside the can. I have brought three litres of kerosine on that card you kept there.”

Sivakami could not hide her excitement. She took the kerosine jar from him, opened the lid and looked inside. Her husband opened the door.

“Is this three litres or five litres?”

“Why only three litres!”

“How they cheat us. I get the same quantity for five litres. From now on you go and get kerosine.”

“Just wait for half an hour. I will cook lunch.”

Till next week, she doesn’t have to carry the kerosine jar to the ration shop. May be by the time she may get the gas connection. Six years have passed since she started counting   ‘next week,’ ‘next week.’ Even then, at that point, she felt happy and enthusiastic. 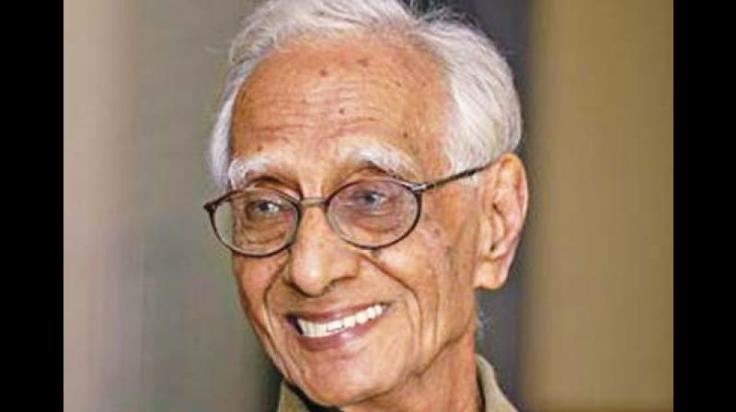