There is an eternal charm in test cricket. Even after almost 50 years of ODI Cricket and a decade of T-20, the Test Cricket still remains a delight and not just for purists.

Yes, Test Cricket seems boring to the ordinary eye. It looks like windows update most of the times, never seems to end. As Bill Bryson quotes, you travel from one end of Australia to the other end and observe that the scoreboard has barely moved. And yet, the non moving scoreboard produces one of most thrilling days in cricket as it happened in the final session of play today Australia Vs India (11-01-2021), Test Match No 2402.

Between The Oval Test of 1979 and today there have been 1548 Test Matches. But I don’t remember another draw as special as this. In the 1979 test match, no one thought India would get even close to 438 runs which was the winning target except Gavaskar who must have had different ideas. He probably played the most attractive innings of his career. We were in high school and I still remember listening to the commentary late in the evening, when Gavaskar after making sure that we were unlikely to lose the match, started attacking the English bowling. We remember commenting he was hitting the cricket ball as if he was playing a rubber ball at his backyard.  When he got out, the match was still in India’s grasp but they lost their way a bit. Kapil Dev, still new to cricket was promoted ahead of Viswanath was out without scoring, a questionable decision  (the asking rate was not high). After a flurry of wickets, India shut shop and played for a draw. The other thing on everyone’s mind was will Gavaskar get to his 5000 runs in Test Cricket which would have been second fastest in terms of test matches played after the greatest of them all, Sir. Donald Bradman. Oval was Gavaskar’s 50th Test. He did not get there and it took him two more tests. 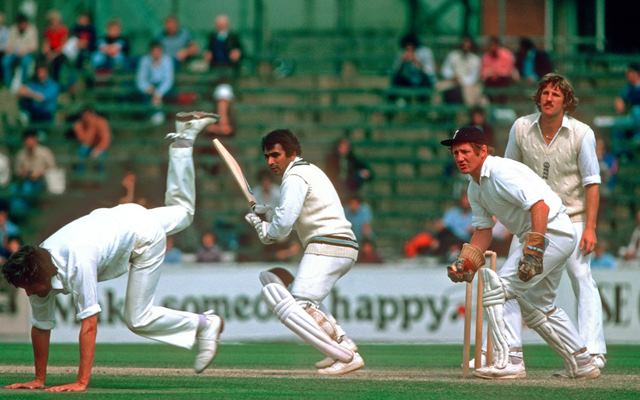 I passed by the house where we listened to the commentary in the morning on my way to the temple, not aware that the day September of 1979 will be replayed in the mind few hours later. I have written about the famous pocket Transistor Radio from which we listened to the epic innings of S M Gavaskar in my earlier blogs. JK, our neighbour and I listened with rapt attention, shouting, cursing (when Kapil got out) and praying (to salvage a draw) siting on a parapet wall near the well in our backyard.

What makes today’s effort from India as special as the 1979 if not more, is the adverse conditions. Kohli, arguably the best batsman in world cricket today across all formats, is on paternity leave. Three of our best bowlers Shami, Ishant Sharma and Yadav were not playing. Two of the top batsman were carrying injuries. One played for three and half hours not being able to run between the wickets (Vihari). Pant who played an electrifying innings had an injury and did not keep for India in the second Innings. So the conditions, to me, looked more formidable today than 1979.

But these are the performances around which legends are built and folklores are narrated for decades. Till Pant and Pujara were at crease, we hoped India would make a dash at the end to win the match. Once they got out, even a draw looked remote especially against a relentless Aussie attack. Ashwin also had stiff back. Vihari whose Test career looked uncertain at the start of his innings and Ashwin who has not played a great innings in Test Match outside India played out an entire session without getting out. When Mohan Ram walked into office in the morning I told him, “it looks like India would draw the test match. They probably would have pushed for a win if Pant had not got out.” He could not believe it. We watched the match on his phone for the next twenty overs till the match was declared a draw and players shook hands. The batting performances of Pujara, Pant, Vihari and Ashwin will forever be etched in collective memories of Indian cricket fans. And Rahane has turned out to be an outstanding leader of men. What a match!

Things have changed in the 41 years since the oval test was played. The first one was played in England five and hours behind our time and this one in Australia five and half hours ahead. We just had a running commentary for the first and today we had live streaming, live telecast, live commentary on Apps that run on phones. Already there must be hundreds of videos uploaded on today’s match on the Web. During the first match I was trying graduate out of high school. Now I am looking at retirement. One thing that has not changed, of course, is the love for cricket and Test Cricket itself, which produces these amazing moments in sports in the gentlest of the games.