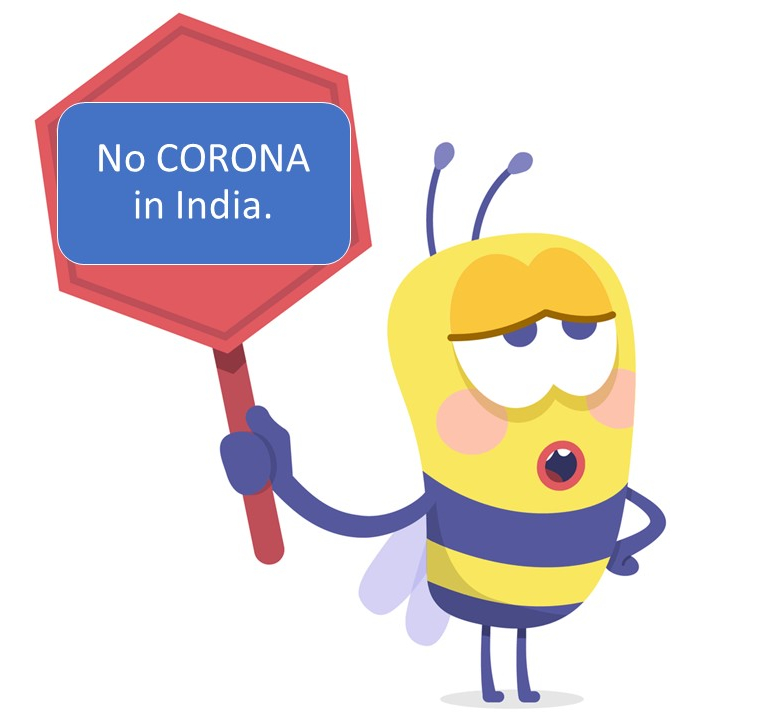 We all have our problems, struggles, challenges, and disappointments since last three months. But our disappointments would pale in comparison if we compare them with the disappointment of two journalists of Biased Broadcasting Corporation or BBC. Let me explain.

The BBC is filled with articles from the initial days of COVID onset on ‘how many millions of Indians will get affected by end of June’ and ‘how many millions from the the infected millions will die.’ When that did not seem to happen, to their bad luck, they started writing article after article on how India is poorly coping up with the pandemic. That did not cut much ice either. Finally they had some success with the disaster that happened when the migrants started moving back to their hometowns. A big mistake, badly handled chaos which resulted in untold suffering. But they could not blame BJP or Mr. Modi squarely on everything. The top three infected states are all non BJP states, Maharashtra, Tamilnadu and Delhi. So they were happy to promote the idea that only Kerala (Left Front) got everything correct. ‘You may not be my friend, but then, you are  an enemy of the number one evil of this country and that’s good enough for us!‘ seemed to be the motto.

On the other hand, what if the following had happened. These stories would have kept them (the two correspondents) and their masters happy forever.

This is what Mr. Modi said

On February 7th and February 19th

The coronavirus would weaken “when we get into April, in the warmer weather—that has a very negative effect on that, and that type of a virus.”

It’s going to happen. One day – it’s like a miracle – it will disappear.

If the economic shutdown continues, deaths by suicide “definitely would be in far greater numbers than the numbers that we’re talking about” for COVID-19 deaths.

If wishes were horses… These words were not spoken or tweeted by Mr. Modi. I just picked up these from The Atlantic. All the tweets and quotes are from Mr. Trump. There are ‘many quotes of the century‘ like these in the article.

Or Mr. Modi could have at least tweeted this one in March:

I hope, by Ram Navami on 2nd of April, all the temples particularly the Ram Temples are open and lacs of people will throng to the temples to get blessings on Lord Rama.

Sorry that did not happen either. How sad!

Mr. Modi should have, at least, done this, so that our free press could have had a field day.

Police tear gassed and lathi charged peaceful anti CAA protesters and disbursed them with brutal force so that our most powerful PM could go to the nearest temple on Ram Navami day and make a photo op holding  Ramayana in his hand.

Our PM disappointed them.

During the entire migrant crisis, the police did not react badly. There were definitely some heavy handed action. But no 75 year old man was pushed to the ground resulting in an head injury and intensive care in a hospital. So, the following tweet also did not happen.

“Anti CAA protester shoved by Police could be a Pakistani agent. 75 year old Manesh Manda was pushed away after appearing to scan police communications in order to black out the equipment. He was recording police communication to pass on to his masters in ISI.”

Sorry Mr. Modi. You have disappointed all the liberal press and torch bearers of Indian democracy again. You gave them so much to write about, by just requesting people to clap hands and lit candles. But you did not go to ICMR and declare you know the virus will be controlled in two weeks. You just let the scientists and administrators to get on with the job knowing pretty well, if you are not able to put the economy back on track, it will be you who will be punished in the next election. What if..

But then, unlike the most powerful man in the world, your actions were not taken with an eye on the next election.