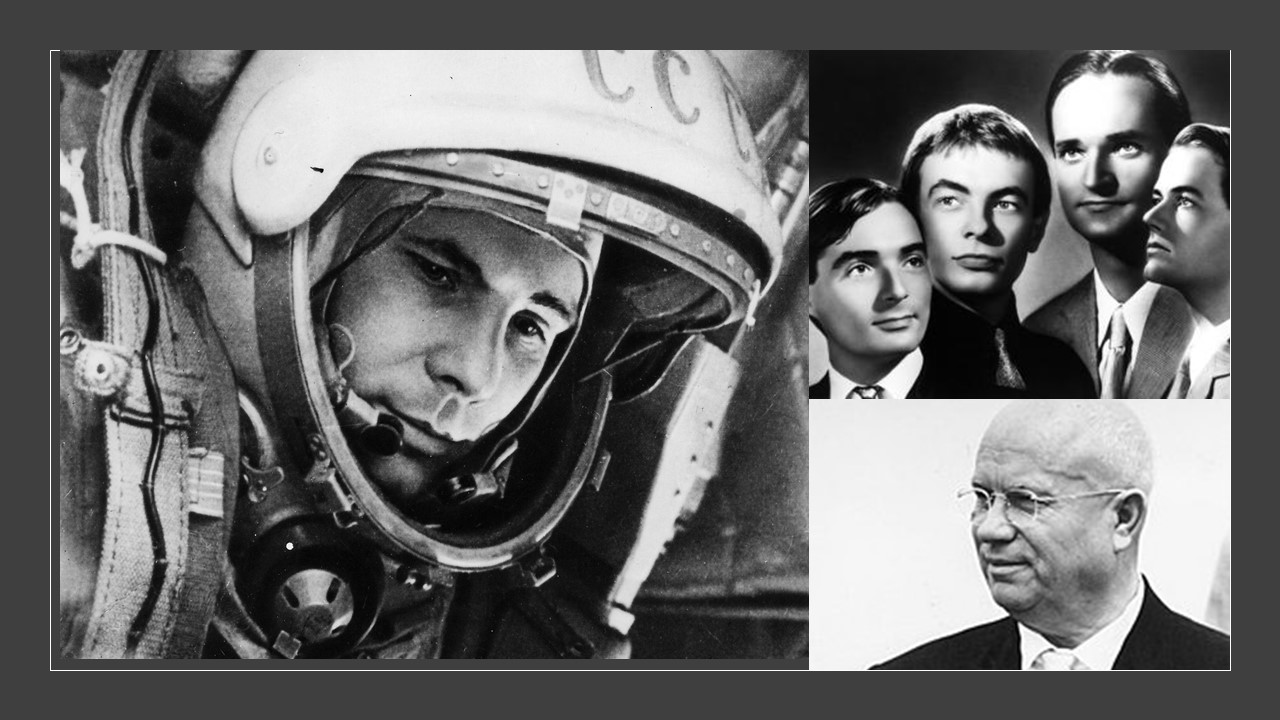 I admire the optimism of our leaders of the left parties. They are in a kind of Time Warp and still think that they can somehow transport India to Marxism and Leninism. Mr. D. Raja, General Secretary of the Communist Party of India, wrote an article in Indian Express, a leading Newspaper in India on 22-04-2020 on the 150th Anniversary of Vladimir Ilyich Ulyanov or Lenin as we know him. He writes and I quote, “While it is appropriate that the working people of the world pay their tributes to the leader who changed the course of history by establishing a government of the working classes and laid the foundation for a new social order…”

I don’t think millennials in India were even aware that April 22nd was Mr. Lenin’s 150th birthday or for that matter about Lenin himself, except students of political studies. I will wait to see if Rachna, my daughter remembered Lenin or his 150th Birthday when she reads this blog. But Mr. Raja writes the working people of the world is going to pay tributes to Mr. Lenin. Mr. Lenin’s 150th birthday was preceded by another great leader of modern era Mr. M. K. Gandhi whose 150th birthday was celebrated across the world. As far as Mr. Lenin is considered, the only thing people may remember about him is probably how his statute was brought down in Russia and other East European countries, when Soviet Union collapsed.

But I can understand Mr. Raja. It was not like this – Lenin who? – in our country. Though Mr. Nehru said India and China are like brothers, (Hindi Chini Bhai Bhai) it was with Soviet Russia, we had this brotherly affection. USSR (Union of Soviet Socialist Republics) had good information centers across India and dished out information (propaganda?) about the glorious culture and its great leaders. So, growing up in the seventies, we knew more about Khrushchev than about Kennedy. We read more Tolstoy (Leo) than Twain (Mark). And oh yes, Brezhnev was more popular than Beatles.

It was only much later we read about Gulag and purging, started by Lenin and developed into an art form by Stalin, which brings the first of the topic of the blog, Khrushchev. In the same week after I read this piece from Mr. Raja, I stumbled upon this movie in Netflix, ‘The Death of Stalin.’ Actually the movie was more of a black comedy. I was actually sad to see the leaders I admired growing up as a kid were portrayed as a bunch of buffoons. Khrushchev, who would eventually take over the reins, was not even in the race. Beria was the hero in the  movie and Khrushchev just walks around as an errand boy. He was given the role of making funeral arrangements of Stalin, more of a concierge than a world leader in the making. Beria was sentenced to death on charges of – forget it! (why do you need specific charges to execute someone in Russia?).

I understand the movie is made by the so called Western powers (it is actually a British –French – Belgian production). I am just wondering how Mr. Raja or any leaders from the communist party of India is going to connect to young generation of India, who to me, have swung all the way to the other side. It is a consumption based consumer country. Good luck to him if he thinks he or his comrades can change the country to communes and cooperatives. First they need to come out of the ‘Time warp’ thinking that calendar in India is frozen in 1976.

Watch ‘The Death of Stalin.’ If for no other reason, the movie stars, Olga Kurylenko, the Bond girl from Quantum of Solace.

Few years back, I read somewhere that our mobile phone (or was it Laptop) has more computing power than the computers that helped fire Apollo 11 into space. I started thinking if computers crash so many times 40 years after Apollo went into space, what would have happened if they had crashed during launch or re-entry or any time in between. I need not have feared. Bill Gates was still in primary school, Windows was not the operating system, so the scientists would not have thought, “What if Blue screen death happens when Armstrong was about to land in moon!”

There were three actually four heroes for me in the space odyssey. Gagarin, Valentina Tereshkova (the first woman in space) Armstrong and Laika.

Laika, a street dog was the first animal to go into space. It commenced its ill fated journey on Sputnik 2 on 3rd November 1957. In school, we learnt this fact and I assumed that Laika was in the orbit for an eternity. The school lesson did not mention that Laika died within a couple of hours after launch because some cooling system failed.

The race to space started in full earnest between USA and Russia after World War II. Who progressed faster depended on who stole more designs, blueprints and scientists from Germany after the war. There are many documentaries, research articles and movies available online on how America brought about some thousand scientists from Germany after the war. This story is not about them.

Yuri Alekseyevich Gagarin was the first man to blast out of earth’s atmosphere. I don’t know why he was referred to as Kagarin (காகரின்) instead of Gagarin in Tamil. I still recall his name as Kagarin and not Gagarin.

Gagarin’s story is inspiring. His parents had to give their house to the occupying Germans in the WW II and move to a mud hut at the back measuring 10 X 10. Enduring winter in a mud house in Russia must have qualified as a form of torture. His elder brothers were sent to Poland for hard labour. His father was a carpenter and mother a dairy farm helper. He somehow got permission from dad to become an apprentice in a factory in another city. Studied in the evening school. Joined local flying club and from there his rise to the first man to go to space is in inspiring story. He possessed such a calmness which becomes the tilting factor for selection. There were six final candidates and he wins the race to go.

Gagarin, to me, is the first hero of the planet earth if you don’t consider kings and celluloid heroes. It was not an adventure. His success was dependent on so many others and proper functioning of tons of equipment. He had no control over any of them. On 12th April 1961, (the fiftieth anniversary year has just started) he boarded the Vostok 1 on a ride which would far ever change human’s conquest to go and live in space.

Nikita Khrushchev (the man from the previous story) awarded him the tile Hero of the Soviet Union. He was actually the Hero of the World. Unlike Valentina Tereshkova, the first woman to go to space, Gagarin did not have long career after his space odyssey. On 27 March 1968, while on a routine training flight from Chkalovsky Air Base, Gagarin and flight instructor Vladimir Seryogin died when their MiG-15UTI crashed near the town of Kirzhach.

Thanks to lockdown and Netflix, I caught up with my hero. Please watch ‘Gagarin – The first man in Space.’ The facility – Baikonur Cosmodrome – looks more like rust belt steel factory than a spacecraft launching facility. The movie is watchable. It earnestly conveys the tension (most of them are not sure if Gagarin would return and even if does, return alive) the excitement, the hope and the single minded determination to succeed. A great man and a good movie.

PS: The man from India to do space travel, Mr. Rakesh Sharma travelled to space aboard a Russian rocket. The astronauts who are training for Gaganyan space mission (India’s plan to send people to space in 2022 on its 75th anniversary of Independence are being trained in Russian Cosmodrome.

There is actually no connection between the first two stories and Kraftwerk except that I read about one of its founder member’s (Florian Schneider) death during the same week of April. He died on 22nd April this year.

In 1981, while in College, I was working in a small store in Chennai. Archies had just come out with their Greeting cards. The shop used to sell Cards, small novelties and miscellaneous items. But the shop owner’s main business was recording and selling cassettes. Everyday, he would arrive at his shop carrying LP records (hired from stores near by). He had this LP and Cassette deck. The machine would copy the songs from Vinyl to the cassette. Though cassette players had become popular, not all the music was available in that media. Thus many shops sprang up all over the country, who copied the music from Vinyl to Cassette. The owner being a Gujarati, catered to upmarket Chennai crowd and copied Hindi, Rock, Jazz and Pop Music to cassettes. One of the album I helped copy was Man Machine from Kraftwerk apart from the regular Boney M, Beatles and Cliff Richard albums. I think no one was aware about copyright infringement or Intellectual property at least I was not.

Since I have repeatedly declared that my knowledge about pop music can be written on the backside of a postage stamp, I am forced to provide background story for anything I write about Pop Music.

I have not heard Kraftwerk for years. I think I inherited this album sometime in the nineties from Renuka’s father, a man with varied taste in Music and a connoisseur. He had some rare collection of Music – Hindustani, Carnatic, Hindi film songs and Rock. I am actually fortunate to inherit few of the famous Beatles singles from him. 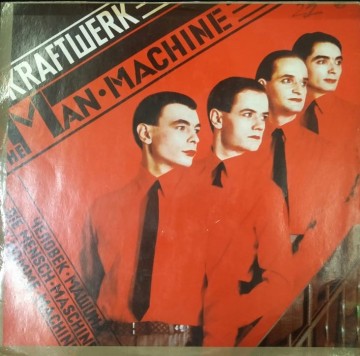 Kraftwerk is one of the longest surviving music groups; it is still around. There are some excellent documentaries available on YouTube about the group and their music. I found the interview with Wolfgang Flür, very interesting. He says German music had to start from scratch after everything German was destroyed during the war. And so they did. There was a stark difference in how they appeared on stage – clean shaven, donning proper shirts and a tie. The inspiration came from different sources, the cars speeding on autobahns, the sound of Geiger counter. I don’t remember if had mentioned vacuum cleaner going about its job. So they produced music using computers and synthesizers.

The amazing thing I heard while watching the show was this. They created what they call music workers. One always thought music was something inspirational and required some, if not lot of talent. But then, given the efficiency, attention to detail and focus levels a typical German exhibits in anything he does, no wonder Wolfgang thought that music can be produced in the same way.

For wring the blog, I listened to ‘The Robots,’ the first song in the Man Machine album. It’s different, likable and very relevant to today’s computer age. I hope you would like it too.

You can listen to The Robots here: