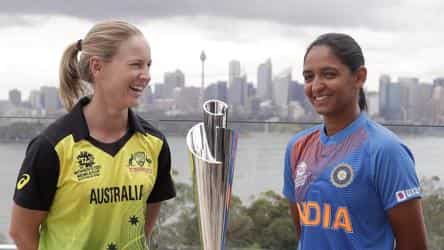 Many years ago, 1983 to be precise, India faced the mighty West Indies in the opening match of World Cup One Cricket Tournament. They beat the odds and won the game. Few weeks later, they made history when they faced West Indies in the final and beat them again.

Almost four decades later, few hours from now, India’s Women’s team will be facing the mighty Australians in the final. And yes they beat them in the opening match. Let’s hope ‘History will repeat itself.’ We all know what 1983 World Cup did to Men’s Cricket in India. Time for Indian women to get inspired by our team’s performance.

I published this blog, ‘Move Over Kohli – It’s Kaur Now.’ You can read the blog here.

Since then, she has seen a slump in form and self doubt, overcame both and stands at the cusp of making history today. Cricinfo has published this article yesterday – Harmanpreet Kaur: Captain to leader to brink of greatness. Inspiring story indeed.

Let’s wish the team good luck and support our team.