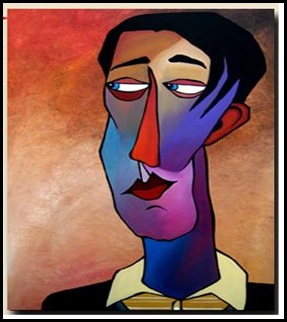 Asokamitran became one of the most influential writers in Tamil literature. A prolific writer, he began writing in 1953 and produced more than 200 short stories, eight novels and 15 novellas. His novels on the celluloid industry, ‘The Star Crossed’ and ‘Manosarovar’ are all time classics. He portrayed the struggling urban middle class in most of his stories. ‘What should I tell father’ is a classic example of that.

This is also one young girl, you won’t forget.

What Should I Tell Father?

At quarter past eight in the night, there were neither too many people nor enough light in Bangalore Cantonment Station. When an old lady and a girl of about thirteen years entered the platform with bedding and baggage, they could not find anyone to make an enquiry.

When the old lady was looking hither and thither, the girl asked, “Grandma what have you kept in the box?”

“Your hand is hurting? Give it to me, I will carry it” said Grandma.

“You are already carrying two sacks!”

“Yes Grandma. Otherwise I will walk down. Don’t worry.”

“Don’t walk in this darkness alone.”

“Your father did not come till we left. He asked me to go but did not show up even to put me on a train.”

The girl was quiet.

The tea-stall was little inside and there was no one in the magazine stall.

“Ask the tea-shop guy if Kanyakumari train will come in this platform.” The girl kept the box on the floor and started walking towards the tea-stall. The old lady kept the sacks on the box.

The heavy breath of the old lady could be heard at three feet distance; she was obviously tired, walking with the heavy luggage.

“Yes, it is here” the girl informed her Grandma.

“Go and ask where will the ladies’ coach be.”

The girl hesitated. A smirk appeared on her forehead. She should not have sent the girl to tea-stall at this hour.

“OK you wait here. I will ask” the old lady started walking slowly. The pain in her legs was visible in her walk.

“We need to go to the other end of the platform” said the old lady on her return, lifted the heavy box and started walking. Suddenly it was becoming cold. The platform was extended beyond the railway station building with just an asbestos cover. Cold wind blew across the open space.

The old lady stopped only when she reached the end of the platform. They could see a crowd of passengers less than ten or twenty in number.

“By the time the train arrives it will be very late. It’s already late for you to go alone. I did not ask you to come with me.”

“Grandma how could you have carried all the bags alone?”

“How I carried all the stuff when I came here; the same way.”

“Your box is too heavy.”

The was an announcement in a rough and inaudible voice, “train from Madras to Bangalore will arrive in few minutes.”

“How do you know immediately?”

“You could have continued to stay with us.”

“It is not enough if you say this. The old lady sat on the box. Suddenly the girl started crying.

“Please my dear. Stop this crying.”

The old lady kept quiet. A family of passengers and stopped near them. Husband, wife, two boys, a girl and an infant in the lady’s hands. She handed over the infant to the husband and asked the old lady, “ladies’ compartment will come here?”

“Will it be crowded?”

“Not many passengers in this train. Are they twins?”

“Yes” replied the wife; she was tired. She then asked, “Your granddaughter?”

“Yes. Son is in Murnireddy palyam. His daughter.”

“Where are you taking her?

“I am not taking her. She has come to see me off.”

The husband commented, “it will be too late and dark.”

“I told her not to come. She was adamant.”

“Where in Munireddy palayam” asked the man.

“In front of the market. Near the cremation ground.”

“I will drop you” the man offered.

The old lady looked at the man intensely for a moment. The wife said, “You have just enough time to go to work” turned and told the old lady, “he has night shift today.”

A lot of people arrived at the platform now. The wife asked the old lady, “you said it will not be crowded.”

“These people are going to Madras. Two or three trains will come now.”

The old lady looked at her granddaughter. She was controlling her tears. The old lady hugged her and took her away from the crowd.

“Dear! there is no use in you and me crying.”

“Why? They are good. Only financial problems for people like us.”

“No Grandma. You could have stayed with us. But they asked you to go.”

“No. I said I will go. You don’t keep anything in your heart. It is late already. You start now. I will board the train with these people. You will go alone no?”

The girl wiped her tears off. “I will go now.” Grandma gave her a kiss.

The man offered again, “I will drop her.”

The old lady replied, “No need. She will go. There will be bright street lights once she reaches the main road.” She told the girl, “Your father told mother that he would come to the station. I don’t know why he did not turn up!”

The girl wiped the tears off from her eyes and cheeks and started to leave looking at her Grandma all the while. The bell rang on the platform, followed by an announcement of arrival of a train. The husband gave the infant back to his wife and started collecting their bags. The old lady struggled to gather all her things. She was startled when the girl came running towards her again.

“Grandma, I will help you to get on the train and then leave” replied the girl.

For the first time tears swelled in the old lady’s eyes.

Very slowly a train entered the platform and stopped. The family was getting ready to enter the train. The old lady asked her granddaughter to check if it was the right train. Her doubt proved to be correct. The train was going to Tirpuathi. It had arrived half an hour late.

The husband said, “then our train will also be late.” He then asked her wife, “Can you board the train. Grandma will help you. I am getting late.”

The wife hesitated but nodded a ‘yes.’

He turned towards the old lady and said, “is she going home? will drop her and go.” He them asked the girl, “are you coming?”

The old lady signaled softly only her granddaughter could see. “Her father said he would come. I think he is coming there. I can see him.” The girl looked at the direction but could not see anyone.

At last, the train to Kanyakumari arrived. Lot of people were waiting now for the Madras train, assembled at few points. They must have known where their train and coaches would come. The ladies’ compartment in the Kanyakumari train was not crowded. When the old was getting in, the young lady with children elbowed her to get in. Though the old lady could not get a window seat, she pressed her face to window and looked at her granddaughter intensely. The girl was looking somewhere else as if she was afraid to look at her Grandma. When the train started moving, the old lady said, “Hey keep this.” The granddaughter showed her hands in reflex. The old lady kept a Ten Rupee note in the girl’s palm and closed it.

“Grandma you don’t have anything” the girl protested. “Don’t worry. I have enough. Go home safely.” The girl started to run alongside but she could keep pace with the train only for three or four steps.

She walked briskly and came out of the platform. At the entrance a voice startled her. “Has Grandma left?” She turned and saw her father standing there. “Why did you not come inside dad?” she asked.

“There was a big crowd. I could not buy platform ticket.”

She did not buy platform ticket either. But she did not tell that to her father.

3 thoughts on “What Should I Tell Father – Asokamitran.”