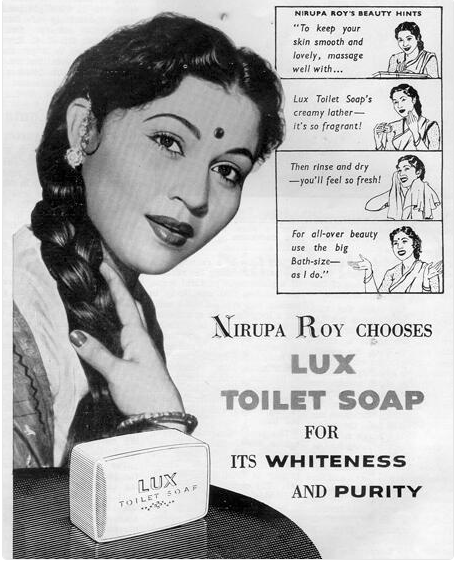 Great short story writers have the skill to spin a story based on a small incidence. This could be from their own experience or an incident they heard during a commute or at a bar. The Gen X may think what’s so unusual about the story. Just to remind you, this was before the time of tissue paper, soap dispensers, hand sanitisers and when people, at least in India, have not heard about OCD (Obsessive-Compulsory Disorder). The story was published in 1958.

A light read but will keep the readers interested. One more gem from my favourite author in Tamil, Sundara Ramasamy.

The world is full of bugs that cause disease. You can say this easily. But only Senkamalam who has researched this for five years knows the dangerous effects these bugs can cause. Her job is observing these bugs under a microscope and counting them.

She never gets bored in explaining the behaviour and the role they play to Gowrikutti. She will give a lecture for half an hour and would start her questions.

“Have you cleaned the ‘broom’ with antiseptic lotion today?”

“In our backyard there is ten ounces of stagnant water. It’s enough to destroy the world.”

“I will look into it” Gowrikutti would reply.

“Have you taken bath today?”

“With medicated soap no?”

A motor car arrived at the main gate. Senkamalam has started for office, to count the bugs under her microscope.

It’s been just six months since Gowrikutti came to the house. She came as a maid, but has now been promoted as a ‘friend.’

Gowrikutti, when alone, used to think about all that happened on the day that she came for the interview and laugh about it.

As soon as she came in ‘the interview’ started.

Senkamalam: Do you know this. The world is full of dangerous bugs.

Senkamalam: You should know this. This world is full of bugs that cause diseases. Because of this you may die at any time. So do I.

Gowrikutti rolled her eyes and stared at the ceiling.

Senkamalam: It’s said that there are 330 million devers (angels) in heaven. Same number of bugs are there on your palm. You should be careful.

She continued with some suggestions about her work.

You should take bath in hot water with medicated soap. You should clean the banana leaves with anti-septic lotion for three minutes. You should brush your teeth five times a day. The bugs in your mouth can kill two hundred thousand elephants.

The next day having arrived from office with irritation in her eyes due to heavy work, she called Gowrikutti.

She looked at her and checked it thoroughly,

Senkamalam: You stop working from today. I will settle your account

Senkamalam: OK. I will give you two days’ time. You should get rid of the dandruff.

Gowrikutti: I promise that I will do it.

All this happened a long time ago. Afterwards, Gowrikutti also changed. Now she knows the world is full of bugs without looking through a microscope.

Chennai and Senkamalam have changed her. Is she the old village girl?

She exchanged her old dresses for nylon sarees. When she stepped out, a handbag would roll in her hands. She twirled an umbrella as she walked stylishly on the streets. When she coughed she rolled her fingers and kept them on her mouth which is a treat to watch. She understood little ‘English’ as well. When someone gave her invitations she would say, ‘excuse me.’ If she stepped on someone’s foot on the bus, she would say, ‘sorry.’ She would shake her shoulders when she laughed. She even learnt to taste and waste all the food when she went to parties with Senkamalam. She had become a modern girl and a friend to Senkamalam.

Gowrikutti and Senkamalam have become thick friends. In the evenings both would share jokes and a hearty laugh. Gowrikutti would imitate the comedian whose movie they watched the previous night and speak in Tamil with a tinge of Malayalam. Senkamalam would laugh non-stop and would hold her stomach and ask Gowrikutti to stop it.

But all the days, Senkamalam had a doubt. Does Gowrikutti take bath with medicated soap or is she fooling her? How could she check this? She had to think seriously about it.

But there was an issue in checking this out. Senkamalam would wake up only at eight o clock. It’s a habit for the last twenty-seven years. How could she check Gowrikutti who takes bath early in the morning with or without medicated soap?

Senkamalam is an intelligent woman. She thought about a solution and applauded herself for the idea.

That night she was awake till midnight. The clock struck One. She switched off the light in her room. She picked up a torchlight and walked carefully to Gowrikutti’s room. Her heart was beating fast. She felt as if she were a thief going into someone else’s house.

Gowrikutti was in deep sleep. She went near her and focused the torchlight on the floor. She could see the key for the cupboard in Gowrikutti’s chain. She removed the key slowly. In fear, her hands shook and hit Gowrikutti’s chin. Gowrikutti shook her body. Presence of mind saved Senkamalam. She took a hand-fan and blew some air on her.

She picked up some courage now. With that she became little mischievous as well.

She opened the door and looking outside, she punched Gowrikutti’s foot and ran to her room, put the soap in her cupboard and fell on her bed and went back to sleep.

In the morning, when she woke up, she remembered last night’s drama. She smiled. Gowrikutti would be sitting in the bathroom with dis-shelved hair. Let her be and let me see what happens next.

When she came to the kitchen, she saw Gowrikutti, her hair in a bun with all the make-up reading a movie magazine.

Senkamalam was getting very angry.

“Gowrikutti, did you take bath today?”

What a hard heartedness? She is lying so coolly. Will her tongue not decay with all these lies?

She just got an idea. How long can she lie like this?

Next day again eight o clock in the morning.

First question as soon as she woke up.

“With the medicated soap?”

What rubbish. Let me see to the end.

Next day also the same question and the same answer.

“Ah donkey. Come here. Did you take bath with soap?”

“Yes I bathed with soap.”

Gowrikutti ran towards her room and Senkamalam followed her imitating her lies. She is going to have it today.

In a jiffy, Gowrikutti opened her cupboard, removed and showed her the red soap.

“How the soap which I kept in my cupboard came to your cupboard?”

“I only took it. Suddenly I could not find the soap in the cupboard. I searched the whole house and at last found it in your cupboard.”

“But I have kept my cupboard locked.”

“I did not want to disturb you. So I just removed the key from your chain.”

Senkamalam started laughing and Gowrikutti joined her and started to laugh as well.

“Unnecessarily I doubted you and shouted at you. Don’t take it to your heart. Come on let’s play carom” Senkamalam held on to Gowrikutti’s hands and dragged her.

“Don’t get angry if I ask you something. Are you not taking bath in the last two to three days?”

“Oh Yes I am taking bath. Do you think I would go without a bath?”

“Why are you doubting me?”

Senkamalam opened her cupboard and looked up and down. She could not see her soap.

“It’s with me. When I looked for my soap in your cupboard I saw your soap and smelt it. It was so good. I thought let me take bath with this. I am using your soap only for the last two days. Ah! What a fragrance!”

Senkamalam slowly walked out of her room. Gowrikutti followed her and caught hold of Senkamalam’s hands.

“So how did you take bath in the last two days’ ma’am?”

Senkamalam’s face reddened. Words got struck in her mouth. She looked at the roof and replied:

“When I was testing whether you are taking bath, I forgot to take bath.”

Before she could complete the sentence tears swelled in her eyes.

Gowrikutti held on to Senkamalam’s right hand with both of her hands and said:

“Ma’am what is this? Is this a big matter? Don’t we have freedom to go without taking bath for two days? Even without bugs, there are hundreds of diseases in the world. Come let’s play carrom happily.”

In the next few minutes both were pocketing coins in the carrom board.

Ramaswamy was born on 30 May 1931, in Thazhuviya MahadevarKovil, (a village in Nagercoil). At 20, he began his literary career, translating Thakazhi Sivasankara Pillai‘s Malayalam novel, Thottiyude Makan into Tamil and writing his first short story, “Muthalum Mudivum”, which he published in Pudimaipithan Ninaivu Malar. He died on 15 October 2005 (IST) aged 74.