‘Let the boys have their toys, a man needs a man’s bike’ was the advertisement from Enfield when the advent of 100 CC bikes almost killed the company which made Royal Enfield Bullet Bikes. Another bike which took the beating in the 100 CC onslaught was Yezdi – a favourite with everyone including your neighborhood milk-man. 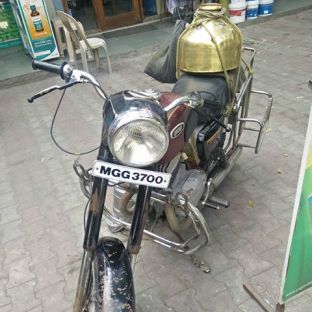 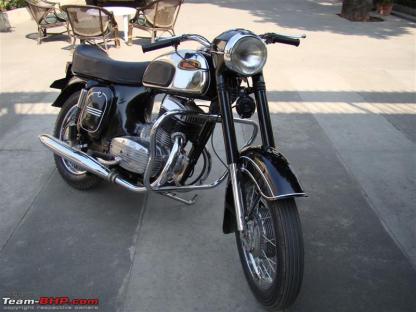 The story happened much before the 100 CC bikes flooded the market. In 1984 our father gifted us a Yezdi bike. He brought it all the way from Bhubaneshwar in Orissa to Pune where my brother JK and I lived and started working. I was 21 and he was 19.

The first couple of months were spent in repairing the bike. The mechanic, who repaired it, would ask us to get a part every day and JK would go to Nanapeth in Pune, scout for the part and return in the evening. The saga of Yezdi repair actually merits a separate blog.

The Old Pune – Mumbai highway is actually a metropolitan road in Pune which extends from Shivaji Nagar to Dehu Road, a distance of about 25 Kilo Meters. We were living in Dehu Road at that time. From our house, if you took a right turn, you could go to Pune and a Left Turn would take you to Bombay.

Anyone who had seen the Bombay Pune highway in the eighties and the nineties would know why it was called the most dangerous road in India. It just had two lanes and most of the time there would be bumper to bumper traffic all the way from Pune to Mumbai. It was not uncommon for people to get caught in the road for hours in traffic jams. This led to frustration and accidents. Not many people ventured on this road by bike beyond Dehu Road. The accidents on this road was the highest in India those days.

Our first brush with death:

A week before this trip, we had our first brush with death. If you look back, you would wonder how foolish we were. But when you were twenty, you never thought about roads, traffic or accidents. Our brother-in-law used to advise us on how to ride carefully. We used to say, “Yes we will be careful” and promptly disregard all the advice.

We decided to go for a spin in the evening. The agreement was I would drive one way and he would drive back. I drove for 10 kilometers up to Talegaon and gave the bike to him. He started off well and after few minutes, decided to overtake a ST bus. Mind you, we were still learning and just had Learners License. He did not fully understand how much acceleration you would require if you had to overtake safely before on the coming vehicle caught you.

Anyway, he started overtaking the ST bus. The Yezdi bike had a peculiar problem. Changing the gear is not as smooth as in today’s bikes. Most of the time, the correct gear would not engage. JK, tried to get acceleration, changed from fourth to third gear went into false neutral. Normally we used to shift the gear once more, take it to second gear and come back to third. But he could not do that as well.

It was at this fateful moment we saw another ST bus approaching us from the opposite direction. In a fraction of a second, we understood that we won’t be able to overtake the bus before the vehicle from opposite side hit us. As I mentioned before, it was a narrow two lane road and there was no way we would avoid getting crushed between the two vehicles. JK could not overtake the bus, nor could he get back behind the bus we were overtaking. 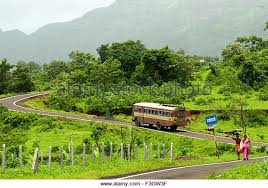 That we lived through to tell this tale was only because of the presence of mind of driver of the bus which we were overtaking. He saw from his rearview mirror what was happening and applied brakes to slowdown the bus, which helped us to get ahead of him. The driver of the oncoming bus gesticulated widely and shouted before he passed us.

Thoroughly shaken, JK stopped the bike after overtaking. The driver who we tried to overtake, stopped alongside us and gave his peace of mind in Marathi and Hindi.

We just realized that we escaped death by hair’s breadth and drove home. We did not talk about the incident with anyone.

The following Sunday, we decided to go for a long drive up to Lonavla. We left after breakfast and were cruising nicely. To go to Lonavla, through the old Pune – Bombay highway, you had to cross the Kamshet Ghat. The Pune – Mumbai railway line runs parallel to this ghat and the view is picturesque. 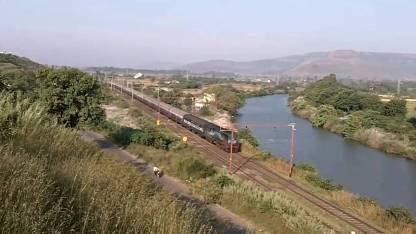 The Kamshet Ghat and the Railway line

We would have crossed about two thirds of the ghat, when our bike stopped. We got down and tried to start the bike and found no response. We kept kicking the lever for ten to fifteen minutes but the bike was just dead.

We knew the best way to start the bike was to push it for few meters and engage the gear (hard lesson learnt from pushing our father’s bike when we were kids). Since we were going uphill, this was not possible. A brilliant idea struck us. What if we push the bike to top and try to start the bike in the downward slope on the other side. JK and I were not used to debate if any idea was worth following up. If we decided, we just went ahead without worrying about pros and cons. Over the years, he has become wise but I still follow the same principle – if you see floods, jump headlong into and it and realize you don’t know how to swim – kind of guy.

We pushed the bike up the mountain, the sun belting down on us. Two scrawny guys pushing a heavy bike with hundreds of trucks and buses going past us. We went up, I sat on the bike and my brother started pushing the bike from behind. Every hundred meters I would engage the gear but the bike would not start. We traded places and hoped that JK would be lucky to start the bike. Still no response.

We kept pushing and reached the bottom of the ghat with an unresponsive bike. It was then we realized that we may need a mechanic’s help and just pushing won’t do. We started to look for a mechanic.

There were no mechanic shops nearby and after pushing the bike for one more kilometer, we found a small shack, which was a puncture repair shop.

The puncture expert who listened to our sob story patiently, said, “you made a mistake. The mechanic is on the other side of the ghat. You should have gone back when you got struck. Now you have to cross the ghat again.”

We thanked him, looked around and found a tea shop. We stopped there for 15 minutes and decided to push the bike again.

By now, we were hungry and tired. We had still not learnt to swear nor were we frustrated. We pushed the bike all the way up, tried to start the bike on the return slope without success. We have pushed the bike close to five kilometers in the hot sun and up the hill.

We found a mechanic who replaced the spark plug and the bike came to life at once. He gave us an advice, “always keep a spare spark plug in your tool box.”

We debated if we should still go to Lonavla but wise sense prevailed and returned home.

We learnt two things in that memorable trip rather three;

1.     Check your bike thoroughly before you start on a long trip

3.     And the most important learning? All puncture shops on highways all over India were run by Keralites.

7 thoughts on “A Sunday, A Yezdi and An Adventure (To all those Yezdi lovers)”