Our knowledge of Pop Music can be written on the backside of a bus ticket. But George Michael or more precisely ‘WHAM! Make It Big’ album would fill a significant portion of it.  My brother JK and I got introduced to Wham and the Walkman at the same time.

First, our knowledge about Pop Music. We were kids when Beatles took the world by storm so the Beatle mania did not strike us. As we studied in a Tamil Medium school and were growing up in a village, we had never heard of Beatles or Neil Diamond or Led Zeppelin or ABBA or any of those great musicians.

The very first album we listened to was ‘Night Flight to Venus’ from Boney-M at our uncle’s place and started humming ‘Rasputin’ and ‘Brown Girl in the Ring.’ The next was Osibisa who toured India in 1981. I am not sure if they performed in Chennai but Doordarshan telecasted their show and it became an instant hit. Everyone went gaga when they sang ‘Ragupathi Raghava Rajaram’ and Woyaya song.  Like everyone else in Chennai, we also watched ‘The ABBA’ movie in the seventies without understanding a single dialogue or song.

We first saw the ‘Walkman’ in Burma Bazaar in Chennai. You could buy all imported stuff there in those days and mainly catered to ‘even my underwear is from Hong Kong’ – kind of customers.

During 1984 Diwali, a friend of us dropped in from Bombay to celebrate the festival with us in Pune. His parents had migrated to USA and he was waiting for his visa. He had nothing to do except to spend all the money his parents were sending. His parents had gifted him a Walkman which he carried everywhere.

We had a couple of days’ holidays for Diwali and decided to go to Mahabaleshwar, a hill station 100 Kilo Meters from Pune.

Till the eighties, most of the mountain towns India were still un-spoilt. This was much before the tourism mania caught up with us, which now has almost destroyed all the famous hill stations in India whether it is Shimla, or Ooty or Mahabaleshwar.

We took a bus to Mahabaleshwar and hired cycles to go around the town. It was during the ride, our friend Giri asked us to listen to Wham! Make it Big Songs. We instantly fell in love with ‘Wake me up before you go go’, ‘Careless Whisper’ and ‘For everything she wants.’ 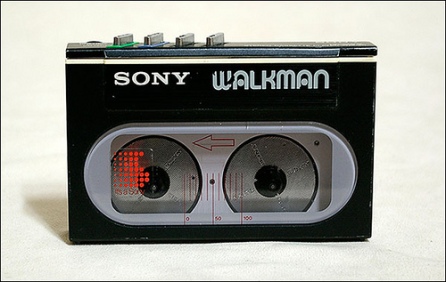 The Sony Walkman and Wham!

The mist, the beauty of the mountains, the chill (it was end of October) and the lovely songs made us feel exhilarated (we had not started drinking yet, so the high was form the music). We kept listening to those three songs (the album probably had eight songs) dozens of times.

Picturesque Mahabaleshwar and Wham! on Walkman

When we bought our first Stereo Cassette Player, one of the first cassettes we bought was ‘Wham! Make it big.’ For many years, we just had two cassettes of Pop Music. The best of Boney-M and Wham! Make it Big.

Over the years, whenever I read an article about George Michael mostly on his album releases and more so about his brush with authorities, I went back and listened to ‘Wake me up before you go go.’ It is probably one for the few songs’ lyrics I know.

My colleagues from UK and USA always wondered why I knew so little about Pop Music and how could I have not listened to such great artists. I used to reply with millions of songs available in Tamil and Hindi one rarely felt the need. And Carnatic Music is always there for serious listening.

It was also the first album I downloaded from Apple Music Store and JK bought me the LP of ‘Wham! Make it Big’ during one of his trips to USA.

So, it was the first occasion when we got introduced to software ‘George Michael’s music’ and the hardware ‘The Walkman’ at the same time.

When I read George Michael’s obituary yesterday, I remembered the trip and the music and listened to ‘Wake Me Up Before you go go’ once again.

George Michael – one of my favourite musicians – RIP.

4 thoughts on “WHAM! And a Walkman – A Tribute to George Michael.”